I think it’s fair to say that this year has been busy!

I’ve had two novels published, well technically three. Into the Mist was re-released with new publisher Severed Press in the middle of the year in print, digital and audio formats, followed by Into the Sounds, the second book in the Taine McKenna adventure series, which was released on August 9. In addition, Teeth of the Wolf, the second book in my Path of Ra supernatural crime-noir series (co-authored with Dan Rabarts) was released in September by US publisher Raw Dog Screaming Press. Happily, the first book in the series, Hounds of the Underworld, reached the preliminary ballot of the Bram Stoker Awards, and over Easter was awarded New Zealand’s Sir Julius Vogel Award for Best Novel at a ceremony at the national science fiction and fantasy convention, Conclave III.

I have also had three edited works released including TimeGate to Tomorrow (with Grace Bridges and Piper Mejia), a compendium of writing from NZ secondary school students, Te Korero Ahi Ka: To Speak of the Homefires Burning (with Grace Bridges and Aaron Compton), a collection of writing and artwork by members of SpecFicNZ, and Hellhole: An anthology of Subterranean Terror, a sole-curator collection for Adrenaline Press, which includes dark action fiction by some of my favourite writers from all over the world. I’m thrilled to say Hellhole reached #1 in new releases in the Horror Anthologies and Horror Short Story categories in its first week after release.

2018 also saw six of my short stories, flash fiction, and novelettes published in various anthologies and magazines, including Penny Divers in Beneath the Waves (Things in the Well), Baird’s Legacy in Cryptological Tales, Cog 1 in Breach Magazine, Dead End Town in Cthuhlu Deep Down Under II, Edward’s Journal in Cthulhu Land of the Long White Cloud, and Maui’s Hook in Kaiju Rising: Reign of Monsters. I also had a couple of reprints come out, including Selfie in Te Korero Ahi Ka and Forecast for April in New Orbit Magazine. If you’re looking for anthologies to sample some new writers, please consider supporting these venues. 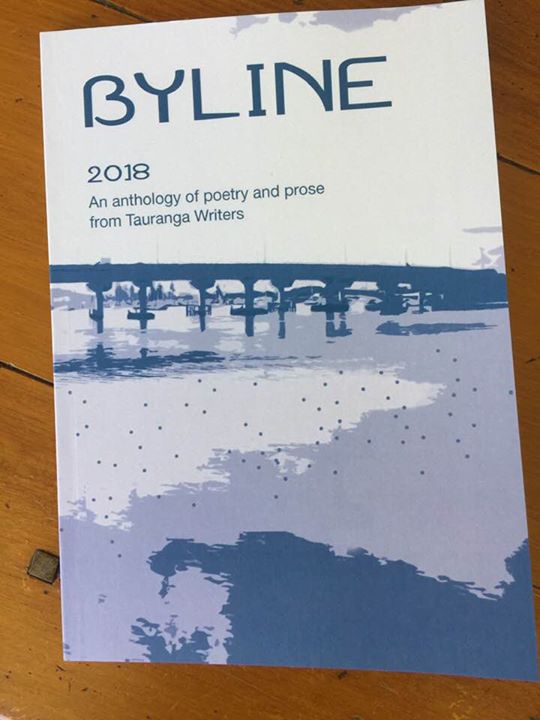 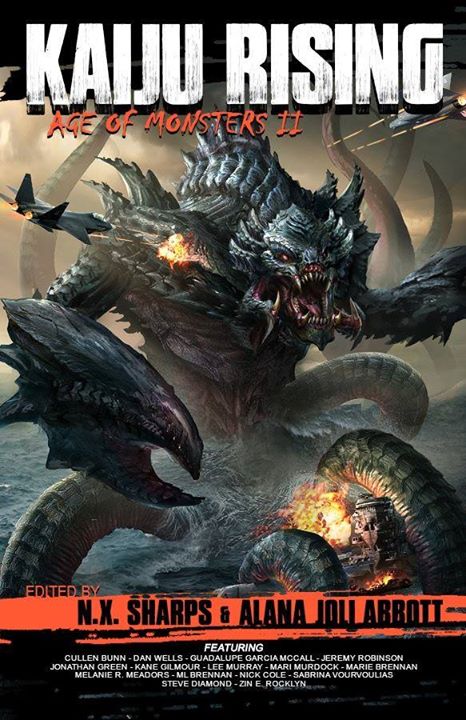 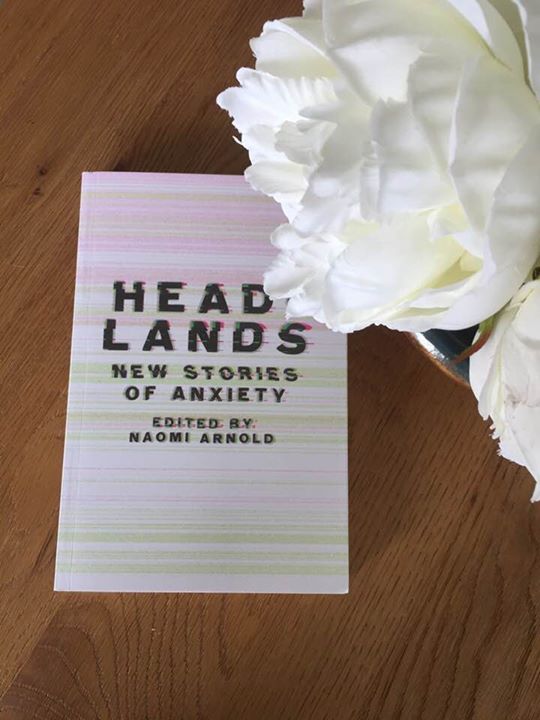 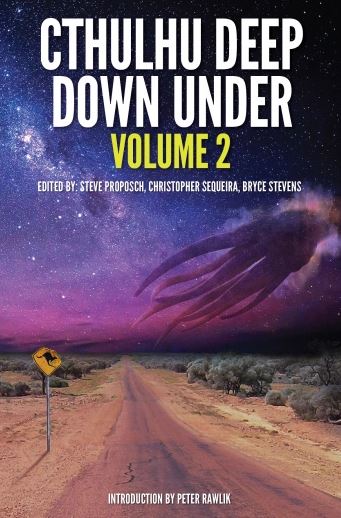 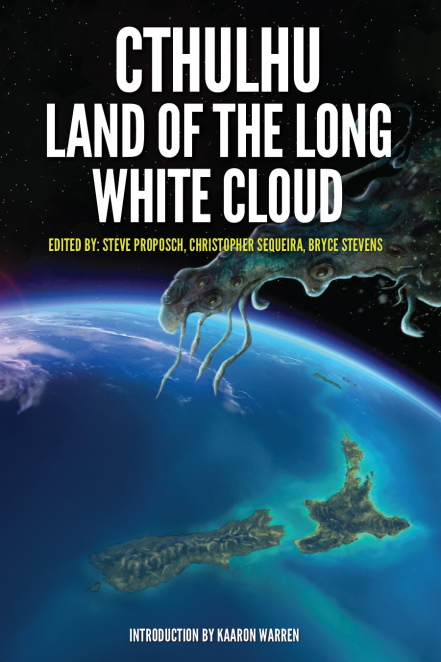 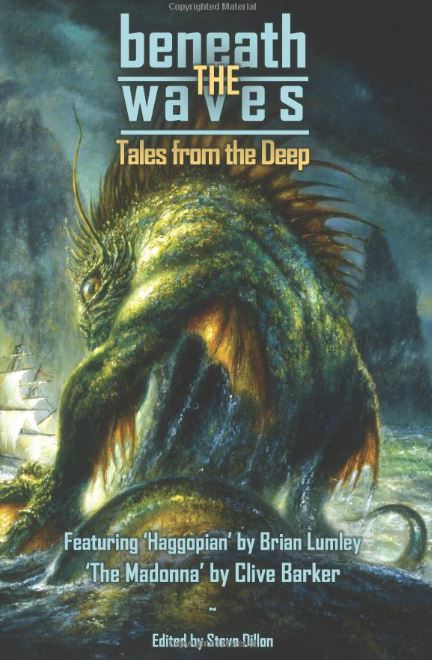 I was delighted to have my essay Writing from a Dark Place appear in Headlands: Essays on Anxiety edited by Naomi Arnold as well as several bylines in print magazines including Freelance and NZ Author, and a poem (I know, I’m thrilled!) entitled A Single Point appears in Byline, a Tauranga Writers’ annual publication, this year edited by my colleague Chad Dick. I was also lucky enough to enjoy Dan Rabarts’ radio-play script of The Thief’s Tale based on my award-winning short story (published in The Refuge Collection by OzHorrorCon) performed by the talented folk at Sherri’s Playhouse. A first for me and very exciting. And finally, my recipe Mr Yee's Fun See Chow Wan Yee Recipe received an Honourable Mention in the HWA’s highly contested Cookbook competition! (Anyone who knows anything about my cooking skills will find this extremely amusing).

Completed work pending for 2019 includes Into the Ashes the third book in the Taine McKenna adventure series, which will be released in February, and Dawn of the Zombie Apocalypse, a middle grade adventure contracted to my friends at IFWG. There is also a short story called Out of the Shadows pending in Tales of Excellent Cats: A Monarchies of Mau anthology from Onyx Path Publishing, as well as a couple of other commissioned stories which are still in progress. I’ve also had a lovely offer from a publisher for a collection of my short stories, so watch this space.

In terms of speaking engagements, in 2018 I have appeared on panels or workshops at StokerCon (Providence, RI), Conclave III (Auckland), Young NZ Writers Youth Day Out (Tauranga) New Zealand’s National Writers Forum (Auckland), local workshops for Tauranga Writers, and also as surprise Guest of Honour for Canberra’s Conflux. Lots more lined up for 2019, as well as some in the works (including a cruise!) for 2020.

I’ve been called on to judge the NZSA’s Lilian Ida Smith and Complete MS awards and over the summer I am judging the national NZSA/Text Gifkin Prize as well as reading and selecting from 31 novel manuscripts in the Young NZ Writers Youth Laureate Award.

Commissioned titles for 2018 (for Omnium Gatherum) include Kaaron Warren’s fabulous Tide of Stone, and Tom Deady’s Backwater (two novellas), with Dan Rabarts’ Brothers of the Knife, the first in his fantasy epic series Children of Bane, and Lynn Hortel’s debut novel, a brutal #metoo themed story called Throwback, slated for 2019. It’s been an absolute pleasure to work with these writers and play a small part in bringing their works into the world.

With regards to my pay-it-forward work, I have had the pleasure of working with three paid novel mentees this year, and a further three complimentary mentorships as part of my own personal outreach to emerging writers. I’ve also completed three NZSA StartWrite assessments and been convenor of the AHWA mentorship programme. Free novel and story critiques for friends and colleagues number around fifty and, sadly, I will have to reduce this number next year. I’ve written some guest blogs (around 30), but not enough book reviews (also around 30), so I hope to improve those numbers for next year. I’ve also convened Lee Murray’s Speculative Fiction Show, a blog series showcasing the New Zealand speculative fiction community. To date, the series comprises about thirty posts, including insights and anecdotes and book links from my ‘world-famous in New Zealand’ colleagues, so please stop by and check them out so we can make them world-famous everywhere.

After eight years, I’m still actively involved in the Young New Zealand Writers programme (co-founded with Piper Mejia) including the national story competitions, annual day out workshops, and more recently the Youth Laureate Award. I am also the current Programme Director for GeyserCon, New Zealand’s national science fiction, fantasy, and horror convention, which will be held at the Holiday Inn in Rotorua, 1-2 June, 2019. Already, a lot of work is going on behind the scenes to put together a fabulous weekend of discussion and events. However, to free up some writing time, I have recently resigned from committee positions on SpecFicNZ, SFFANZ and AHWA although I remain a member and am still committed to important work carried out by these groups. My new memberships include the International Tie in Writers (IAMTW) and International Thriller Writers (ITW) groups.

Finally, salary-wise, despite the best efforts of my publishers and me, I’m barely scraping minimum wage from my writing and editing activities. And for those of you who are still counting, I have yet to crack the stipend/grant/funding/residency ceiling with personal funding application failures now at thirty-six (not a misprint). Although, as ever, I am hopeful of reaching best-seller status and retiring to a small island next year. 😊

The Murray family (Dave, Lee, Celine, Robbie, and puppy Bella) will spend our summer at home in Welcome Bay, where we’re hoping to catch up with a heap of friends and family. We have a new caravan coming in mid-January, so we’re looking forward to the local coastal adventures to come. We wish all our friends and colleagues safe and happy holidays and all the very best for the New Year.

Still More Books from the Backyard

More Books from the Backyard